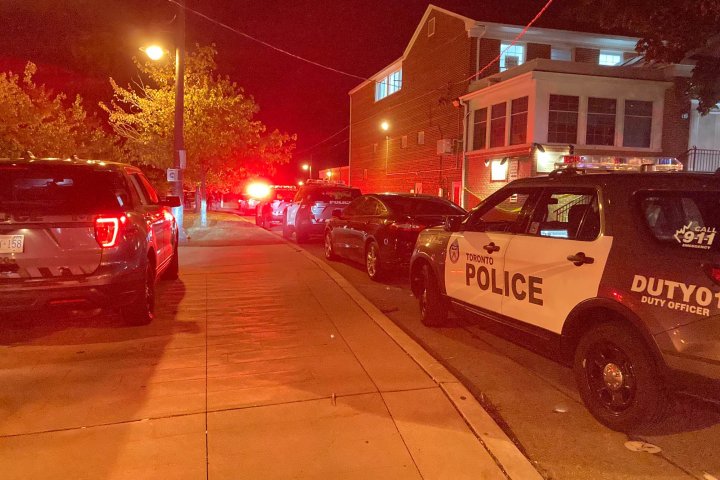 Toronto police say a man has died and a second has critical injuries following a shooting in Mimico neighbourhood on Thursday night.

Officers responded to reports that multiple gunshots were heard in the Mimico Avenue and Lake Shore Boulevard West area at around 8:30 p.m.

Police also said there were reports that multiple people were fighting and that firearms were seen.

They later confirmed that one person was pronounced dead at the scene despite life-saving measures by paramedics.

Another man suffered gunshot wounds and was taken to hospital in critical condition, police said.

Several police cruisers were seen in the area into the parking lot of Amos Waites park.